InícioDestaqueGSK's Zejula gets EU nod for broader use in ovarian cancer -...
Destaque

Discover Thomson Reuters
By Reuters Staff
2 Min Read
(Reuters) – Europe’s health regulator has recommended the approval of GSK’s cancer treatment Zejula as a first option to keep advanced ovarian cancer at bay in women who have responded to chemotherapy, the British drugmaker said on Friday.
Zejula, a part of GSK’s oncology portfolio, has already been cleared for use in some types of advanced ovarian, fallopian tube or primary peritoneal cancer patients responding to chemotherapy.
The medicine belongs to a class of treatments called PARP inhibitors, which work by blocking enzymes involved in repairing damaged DNA, thereby helping kill cancer cells.
Zejula was approved for expanded use by U.S. regulators in April.
“Only 20% of women with ovarian cancer are currently eligible to be treated with a PARP inhibitor in the first-line maintenance setting,” said Axel Hoos, head of oncology R&D at GSK. (bit.ly/32HeNax)
Maintenance therapy, which involves a drug used to help keep cancer from recurring, can significantly boost sales as the treatment is typically used for a longer duration.
A committee from the European Medicines Agency made the recommendation for Zejula and it will now be up to the European Commission to give the final approval.
Reporting by Yadarisa Shabong in Bengaluru; Editing by Shounak Dasgupta
Our Standards: The Thomson Reuters Trust Principles.
All quotes delayed a minimum of 15 minutes. See here for a complete list of exchanges and delays. 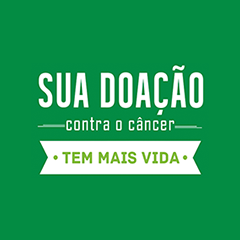